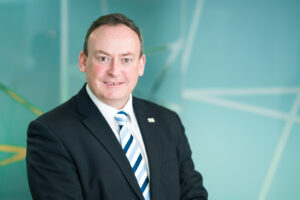 Lyndon Trott, long standing Non-Executive Director of Concept Group Limited, has been appointed the independent Trustee of the Commonwealth Parliamentary Association’s (“CPA”) trust funds and is the first States of Guernsey Member to be appointed in such a role.

In October the CPA asked for expressions of interest from their 17,000 members, Deputy Trott applied and was short-listed.  Following the appointment, the Bailiff of Guernsey, Richard McMahon gave Deputy Trott permission to make a personal statement.  “From an impressive international short-list, we learned today that the application was successful and that the international executive committee has endorsed the appointment,” said Deputy Trott.  “This is clearly an honour and privilege for me personally, but in particular for our jurisdiction.”

Deputy Trott will be working together with the Secretary-General and the Treasurer of the CPA International for a three year term.

The Board of Concept Group congratulates Lyndon on his prestigious appointment.