Dispelling the myths surrounding delisted Guernsey QROPS, following the HMRC revisions to legislation in April 2012 and May 2012

The media undoubtedly plays a vital role within society, providing up to date and relevant information to the masses.  However as the old saying goes; with great power comes great responsibility.

The media has a responsibility to ensure the validity of the information they put out into the public domain. The responsibility of the media to ensure the accuracy of the information they publish is even greater when the topic being discussed may potentially influence the future financial planning of an individual in respect of arguably their single largest personal asset – their pension scheme.

On the 3rd October 2013, Money Marketing published a “Technical Quiz” with a number of questions focused on the recent 2012 revisions in the QROPS legislation and specifically in regard to delisted QROPS. Such topics are certainly worthy of coverage within relevant industry journals, as it is likely there are still a number of individuals who may have previously transferred their UK accrued pension benefits into a now former Guernsey QROPS who are unsure how the legislative changes might impact their position.

But the very least that should be expected of such a publication, when providing information that many individuals will likely rely upon, is to ensure the information being communicated is factual and correct. Unfortunately in this instance, this was simply not the case.

One of the questions raised within the Money Marketing Technical Quiz was:

“David transferred his UK registered Pension Scheme to a QROPS in Guernsey in 2009. His QROPS administrator lost their QROPS status in 2012 along with the majority of Guernsey QROPS, this means that David…

The answer that Money Marketing initially provided to this question was A.

This suggested that any individual who had transferred their accrued UK pension benefits to a Guernsey QROPS, that was no longer a QROPS post April 2012 due to the revised legislation introduced by HMRC, would need to transfer out of the scheme within a three year period or else they may be liable to suffer “member payments charges” as a result.

This is 100% incorrect and entirely contradicts the information that was provided by HMRC at the time that confirmed that any individual who was an existing member of a Guernsey QROPS, that was no longer a QROPS following the revised legislation, would be able to continue to receive their pension benefits from the scheme in the same manner and would not be at risk of any member payment charges as a result of the scheme no longer appearing on the HMRC QROPS list.

Please find below the HMRC confirmation supporting this statement:

These extracts have been taken from the FAQ’s of the Pension Schemes section of the HMRC website (http://www.hmrc.gov.uk/pensionschemes/20120307-faqs-template.pdf) and more recently the revised technical guidance notes within the RPSM (Registered Pension Scheme Manual).

“5. What will happen to a member’s pension savings in a QROPS if the scheme doesn’t meet the conditions to be a QROPS from 6 April 2012?

Provided it meets all of the current conditions, a transfer made to a QROPS on or before 5 April 2012 will be a “recognised transfer” and members of a pension scheme that is no longer a QROPS will be able to remain as members and receive a pension paid from the sums transferred without incurring member payment charges.”

“Existing members of such a pension scheme at the time of loss of status, are not prevented by the tax rules from continuing as members of the ongoing scheme. They may receive benefits that were due under the QROPS from the sums that had transferred in from the originating RPS when the scheme was a QROPS, in the same way as they would if QROPS status continued. The loss of status will not of itself incur member payment charges.”

Such an erroneous and factually incorrect statement within what was labelled a “Technical Quiz” could well result in any individual in this position seeking to transfer out of their existing Guernsey scheme in order to avoid suffering the suggested consequences of member payment charges that the article clearly suggests would be incurred as a result of an individual not transferring away from such a scheme within a three year period.

Money Marketing has since amended its answer from A to C.

Unfortunately once again they’ve provided misinformation. The correct answer to the question is, in, fact D.

Any individual who was a member of a Guernsey QROPS prior to April 2012, that is no longer a QROPS as a result of the legislative revisions that were introduced by HMRC, can continue with the scheme and the administrator will have no ongoing reporting obligations to HMRC.

Generally the administrator of a delisted scheme has a one off obligation at the time of formally delisting, to report on mass for all existing Members and once this report has been made there is no further ongoing reporting obligations to HMRC.

Therefore the message that existing members of such a scheme should be receiving is one of reassurance. They are in fact in arguably the best possible position they could be, with a pension scheme that has the ability to pay gross income (for non-Guernsey resident scheme members) and has no ongoing reporting obligations to HMRC.

In light of the above, you would have to question what motivation might there be for existing members of such a scheme to transfer out of the scheme and into a listed QROPS?

It could be argued that existing members should NOT be seeking to transfer out of their current scheme, regardless of the fact that it is no longer listed as a QROPS. Transferring to another scheme could result in their pension income becoming taxable, in line with the relevant tax laws of the jurisdiction to which the scheme had been transferred, and would also result in the new scheme administrators having ongoing reporting obligations to HMRC. This would be in addition to any charges the transferring scheme and receiving scheme may charge the Member for closure and establishment respectively.

This information is provided for general information only, Concept does not provide financial, legal nor tax advice, and nothing in this document should be construed as such. Concept  shall not be held responsible for any liability or loss arising directly or indirectly from any reliance placed upon the content of this document. Concept recommends that all individuals should seek their own appropriate advice. 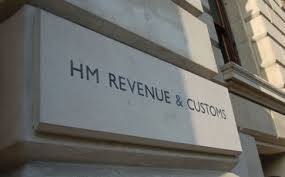